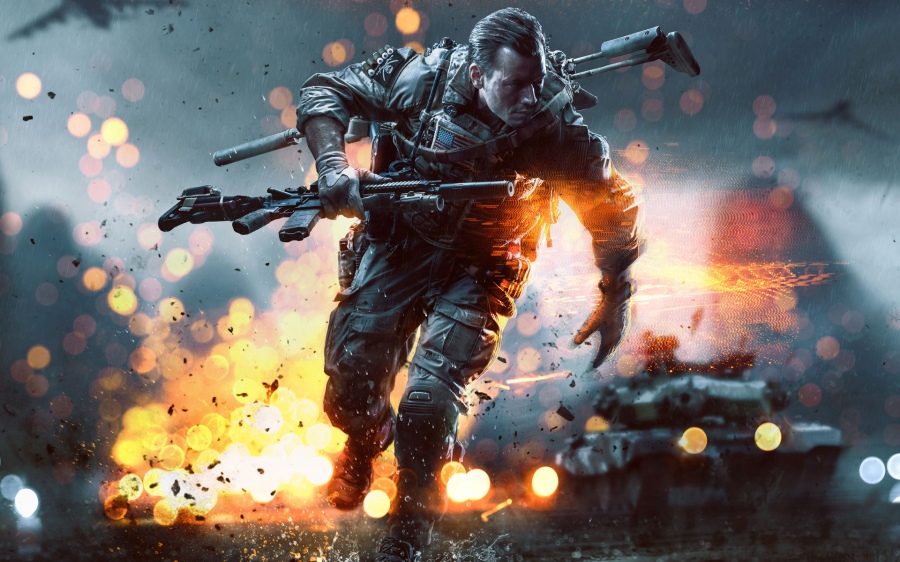 Alright so Battlefield 4 has been out for 3 weeks (Sorry I’m a little late with a review) and so far they’ve patch their game several times since release, why you ask? Well because EA decided to ship out a unfinished game. I don’t blame DICE on this, they did a beautiful job with the new engine and new destruction capabilities that surpasses Battlefield 3 in terms of graphics. “Levolution” as they call it changes the battlefield in the middle of a game to give play to new strategies such as collapsing buildings, storms and etc. But back to the bug issues that riddled what would have been a near perfect launch for the franchise, I believe DICE wasn’t given the time needed to iron out all the bugs due to EA wanting to outdo Activision by lauching a week before Call Of Duty: Ghosts was set to release, instead of outdoing their competition EA sunk their own game. People that spent more money on buying new graphics cards to upgrade their hardware on their PCs and also buy regular and premium editions of Battlefield 4 could barely play the game they put time and money into, Multiplayer was more crashable on PCs than on consoles, since the release the game has been patched a few times for PC and Consoles so when I get some more MP gameplay in I’ll have a more full and hopefully less negative experience review for you.

So Battlefield 4’s Campaign was a bit buggy, during the first mission “Fishing in Baku” in which you are being chased by a helicopter in a car, after destroying the Heli the car rolls over and it glitches in a polygonic seizure for 5 seconds before fading to black to a cutscene. I’m not nitpicking but I’m just pointing out some glitches during the campaign, I loved the first level none the less, it was wide open and with the ability to pick your own weapons and gadgets I was pretty happy about that, almost a bit of the features from MP and with that you have a squad usually consisting of 2-5 NPCs, the AI was typical though you direct them to different targets if you didn’t already shoot the enemies beforehand, sometimes it’s a waste of time commanding your squad to attack unless it’s huge level with multiple enemies. AI WILL sometimes get in your way or push you from behind cover in front of an onslaught of bullets and get you killed so stay far from them. Anyway, the only two main problems I really had with the Campaign, make that 3 main problems is that halfway during the campaign in which you first get to operate a tank during the hurricane in the level “Singapore”, BF4 froze 6 times at the same point in which I’ve never restarted my Xbox 360 so many times in a row, found out they sent out a patch the next day, oo-rah. Problem number 2 and 3, the campaign well just.. Ended abruptly.

Warning: SPOILER ALERT!! If you have yet to play or finish the game do not read pass this sentence, if you have please continue.

It was a more crappier version of Mass Effect 3’s ending “Red, Blue or Green”. Well BF4 was “go to the chinese boat put C4 on grappel to the convenient bridge (all cutscene/quick event), by the way the C4 won’t explode and now you must choose which one of your squadmates do you want to setup more C4 and die to blow up the ship? Irish or Hannah?” Oh and if you wait to long the chinese boat will blow up the american boat carrying your other squadmates and truth. Either ends the game. Whoever you choose to die gets the same ending cutscene just slightly tweaked. It’s like DICE once again didn’t have enough time to finish the campaign either…

Well is it worth your $60+? I’m sure once they get everything completely ironed out, yes. Yes it is.